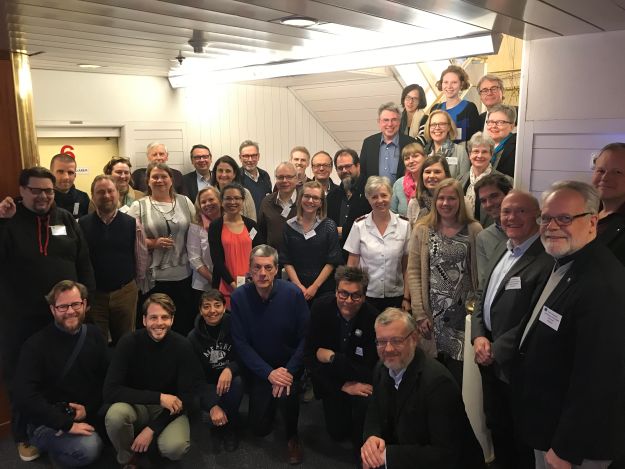 WACC Europe and Conference of European Churches seminar and assembly on board the M/S Gabriella between Stockholm and Sweden Photo: Juha Kinanen

WACC Europe has elected a new Regional Executive Committee (REC) during its once-every-four-years Assembly, held as part of as joint seminar organised with the Conference of European Churches from 10-12 April in Helsinki and Stockholm and on board the M/S Gabriella.

Stephen Brown, a communications consultant originally from the UK and based in France, who works with the World Council of Churches, was re-elected president for a second term of four years. Ralf Peter Reimann, web team leader of the Evangelical Church in the Rhineland was elected vice-president. Julienne Munyaneza, originally from Rwanda and a former member of WACC’s programme staff, was elected secretary. Freddy Dutz, who works as the press officer for the Association of Protestant Churches and Missions in Germany (EMW), was elected treasurer.