24 May 2022 ‘Nothing about migrants without migrants”: At UN event, WACC partners stress importance of communication rights

WACC and the Asia Pacific Mission for Migrants (APMM) on May 20 highlighted the need to provide migrants with life-saving, culturally-sensitive information as well as communication tools during a side event they hosted at the International Migration Review Forum (IMRF) on May 20, 2022 at the UN headquarters in New York City.

“Communication rights, including the right to freedom of expression, to access to information, and to fair and balanced media representation, are ‘gateway rights’ that enable migrants to exercise their broader human rights,” said Lorenzo Vargas, WACC manager for Communication for Social Change, during the opening segment of the event. “Without the ability to exercise their communication rights, migrants are excluded from participating in the public debate and in policy-making processes about issues that directly affect their lives. We must enable migrants themselves to be at the centre of public conversations about migration.”

The side event, entitled Meeting Migrants’ Information and Communication Needs: Grassroots Experiences from Asia, Latin America, and the Middle East, brought together WACC partner representatives to share lessons and best practices for addressing unmet communication and information needs of migrants. Countries represented included the Philippines, Hong Kong, Jordan, Lebanon, Mexico, and Colombia. Unfortunately, representatives from Colombia, Philippines, and Lebanon were unable to take part due to difficulties obtaining visas to travel to the United States, though their work was still highlighted during the event. 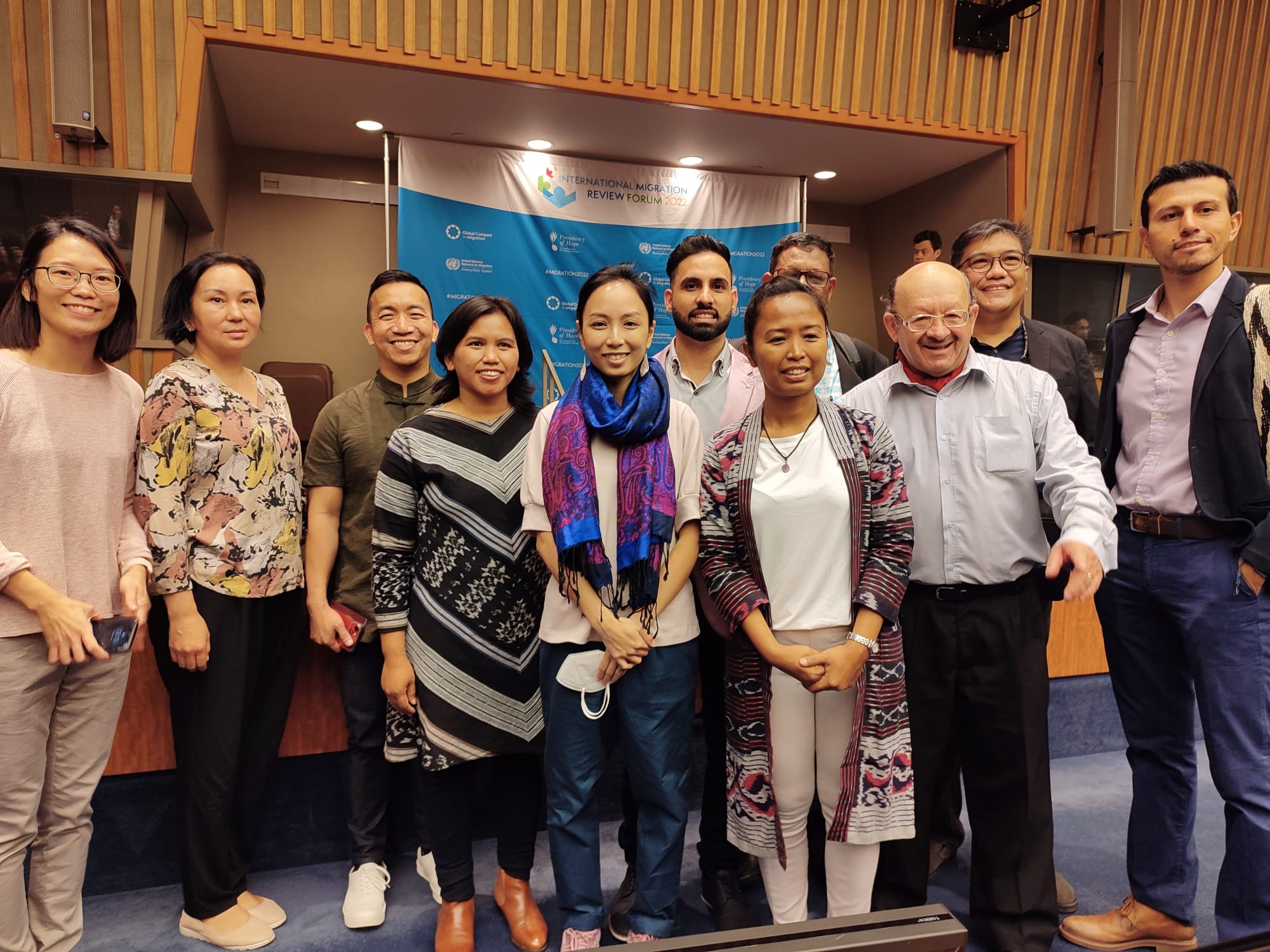 Members of the International Migrants’ Alliance (IMA), some of whom are also WACC partners, at a civil society gathering at UN headquarters on May 16, 2022.

In her presentation about the work of Mexico City-based La Sandia Digital, particularly its podcast series Salidas de Emergencia, Marie-Pia Rieublanc, communication manager, highlighted the importance of storytelling as a mechanism to strengthen migrants’ networks and complement psychosocial support efforts. She stressed that “in Mexico, the difficult access to a regular status for thousands of migrants and asylum seekers affects their access to other rights, including freedom of expression. Even for people who are recognized as refugees, it is still hard to be seen, heard, and taken into account in Mexican society.”

It is time, she said, to support storytelling and communication grassroots initiatives that contribute to the implementation of long term solutions for people who decided to live a better and safer life in Mexico, “giving them the opportunity to tell their stories and express their desire to work, live and dream in their new home.”

Rey Asis, advocacy director at Hong Kong-based APMM, talked about his organization’s work across the Asia-Pacific region, and how it uses social media to reach even the most vulnerable migrants with migrant-produced, culturally-sensitive information in their own languages, such as Bahasa Indonesian, Tagalog, and Bengali. 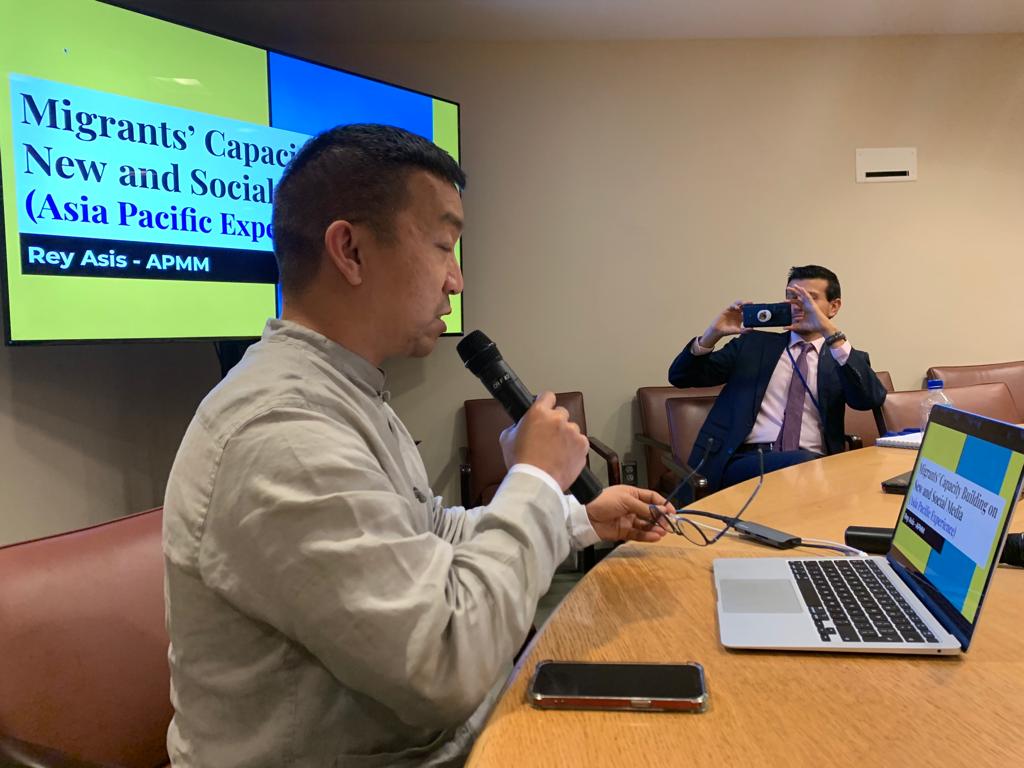 Asis also delivered remarks on behalf of the International Migrants Alliance (IMA) during the policy debate on May 20.
Daoud Kuttab, director of the Community Media Network of Jordan, underscored the importance of engaging migrants in media production to tackle xenophobia, build solidarity with host communities, and to include migrants in the public debate. “In Jordan, there are migrants and refugees, as well as Jordanians who also seek work and migrate to many countries—we have to work together to meet their information needs,” he said.

Kuttab also played an important role during the informal conversation between the IMRF organizers and civil society representatives, where he spoke on behalf of media organizations and explained the important role that community media can play in migration processes. “Migrants are vulnerable and need someone to be their voice or give them access to media platforms. Community-owned media is a perfect vehicle to help give a voice and defend migrants and refugees”, said Kuttab. 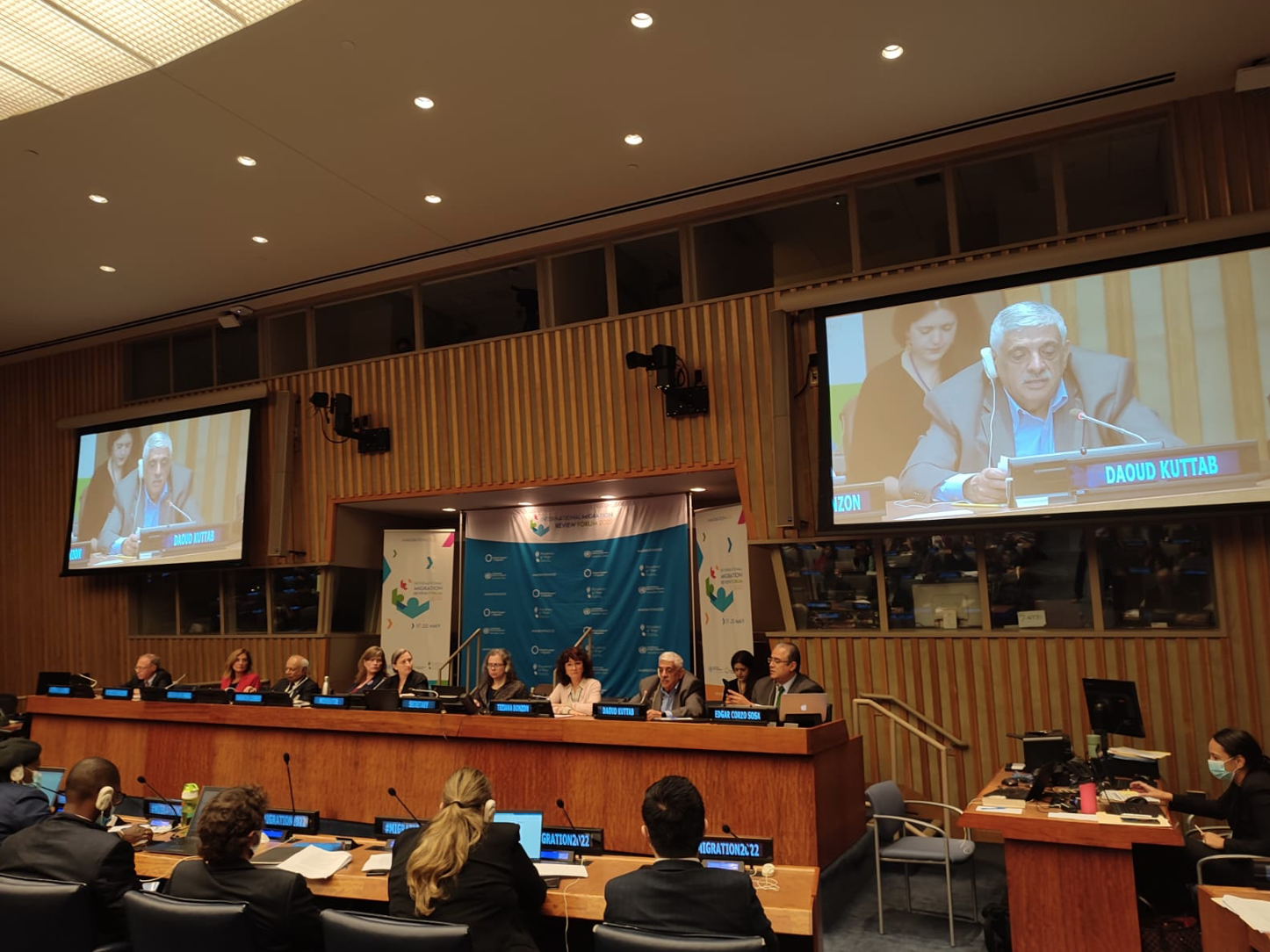 The initiatives of WACC-supported grassroots initiatives “are helping to enhance the capacity of migrant groups to engage in advocacy, build relationships with media houses, and produce a body of evidence to help raise public awareness about the issues they face,” said Vargas.“This work is relevant because as migration and displacement have increased, so has media coverage, not all of them positive. Some coverage has led to increased hostility towards migrants, as well as misinformation and disinformation.”

Before the IMRF sessions began, WACC and its partners also took part in a grassroots migrants’ event that sought to bring attention to the need for migration reform in the United States and to the plight of undocumented migrants in this country. The event concluded with a small demonstration from Times Square to the UN Headquarters to highlight the need to include these perspectives in international fora like the IMRF. “Nothing about migrants without migrants” was a recurrent chant during the demonstration.

WACC’s participation in the IMRF was an opportunity to highlight key migration issues from a communication rights perspective. “Information and communication issues are cross-cutting and have a major impact on social cohesion, vulnerabilities, and discrimination because they affect how migrants are perceived in their host societies, their ability to make their voices heard, and the extent to which they can access vital information,” said Vargas.

The final communique published by the IMRF is available here.