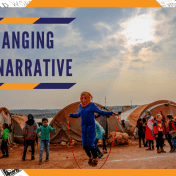 Journalist Training Program on Migrants and Refugees On 9 June 2022, the Africa, Europe, and Middle East regional associations of WACC celebrated the conclusion of their cross-regional journalist training program, Changing the Narrative. The six-month intensive learning and networking opportunity brought together a diverse group of journalists to strengthen coverage of refugees and migrants in media. The journalists proposed stories… Read more »

Seventy-one Indigenous communicators from 17 community radio stations in Honduras and Guatemala have received extensive training on how to develop new content about issues affecting remote communities as part of a project supported by WACC and Cultural Survival, a US-based NGO.  The project also provided specialized training to 32 participants (15 women, 17 men) who became members of a network… Read more »

14 Jun 2022 Summer job opportunity available for students Posted at 16:18h in Uncategorised by Marites (Tess) Sison The World Association for Christian Communication (WACC) is a non-governmental organisation that  builds on communication rights in order to promote social justice. We believe that everyone has the right  to communicate and to be in communication, in the same way that they… Read more »

13 Jun 2022 Why a gender lens in news coverage of violent crime is paramount Posted at 00:00h in Comment by Saskia Rowley Whether inroads are made to reducing violent crime depends to an extent on the media. On 24 May 2022 another massacre of children in a school took place in America, this time in Uvalde, Texas (1), Russia’s… Read more »